The widespread influence of the Memphis underground scene in modern music.

Memphis hip hop emerged from the underbelly of Memphis, Tennessee in the early 90s. While the genre was distinctly underground, it has pervaded through decades of hip hop that followed. Characterised by dark lo-fi production, triplet flows, and repetitive hooks, the subject matter consisted mainly of street tales from Memphis ghettos with occasional references to the occult. Samples from horror movies and soul drum beats were the finishing touches to the hypnotic music you find in the cassette tapes of the era.
The short choruses and minimal synth melodies that were commonplace in the region went on to shape much of the future American club scene. Three 6 Mafia, the most famous artists of the original Memphis cohort, birthed the crunk sound that was later expanded on by other artists in the South. Over the next 15 years, trap would evolve out of crunk, but it wasn’t until it re-acquired some elements of the Memphis sound again - for example, the triplet flow popularised by the Migos originated in Memphis - that it filtered into the mainstream and began dominating the charts. And artists are aware of this. Recent hits like “Look Alive” and “Powerglide” pay direct homage to the originals.
Outside of the South, Chicago had started to develop its own sound – drill music. And while drill was mainly built off trap with the help of people like Waka Flocka Flame and Lex Luger, Memphis managed to trickle in again. Chief Keef’s breakout hit, “Love Sosa”, that transported drill across international waters, uses a flow from the Three 6 Mafia song “Stomp”. Drill rappers don’t worry about metaphors and other lyrical tropes, instead focussing on gritty violent lyrics akin to those from the Memphis era. Both cities share heavy poverty and rife gang culture that combined to produce captivating music rooted in realism.
And this DIY ethos in the scene wasn’t a conscious stylistic choice but, rather, a reflection of the area’s reality. The distinctive drums (like the 808 cowbell) resulted from producers being forced to experiment within the limitations of cheap drum machines. Producers would use the same samples and sometimes sample each other’s music, creating a very recognisable sound. Most artists would have to make hand-drawn flyers and try to sell their tapes at the local record shops. They didn’t care so much for lyricism as they did for style and atmosphere, and this focus on aesthetics is integral to many of the hip hop subgenres that followed in the 2000s onwards.
The influence is especially prominent in the internet genres that grew out of the late 2000s like cloud rap and phonk. Cloud rap is one of the biggest subgenres that took clear inspiration from Memphis’ focus on atmosphere and mood. Many of its biggest proponents, like Clams Casino and Sad Boys, created dreamlike soundscapes that would serve as the basis for the SoundCloud and mumble rap artists that followed. In many of these genres, the focus on music is as important as the visuals - cloud rap and another microgenre called vaporwave both have artwork that takes inspiration from the layout and symmetry of Memphis album covers.
Phonk was popularised by one of the most important underground producers in hip hop, SpaceGhostPurrp (SGP). A member of Raider Klan, alongside prominent artists like Denzel Curry and Xavier Wulf, SGP gave his spin on the Memphis sound with his 2012 album Mysterious Phonk: Chronicles of SpaceGhostPurrp. He also worked alongside one of the other main producers of 2010s Memphis-style hip hop, Lil Ugly Mane (LUM). While SGP’s work followed the mould of the 90s work, LUM took the production and revamped it for the 2010s. His underground classic, Mista Thug Isolation, is an over-the-top take on hip hop culture that adds emotive synths and jazzy samples to the core sound. Without these two producers and Memphis, entire subgenres may not have existed and dozens of artists along with that.
This musical effect became more apparent when an emerging group of SoundCloud rappers started to build up a cult following around the world. Suicideboys and Ghostmane are two from that crop of artists that popularised the trap metal sound. They hover across a dark lyrical spectrum that draws on a lot of the horrorcore imagery from Memphis, combined with ideas from heavy metal, industrial, and emo music. Both of these artists sharpened the original Memphis aesthetic to give it a more abrasive edge, combining the drum patterns with more distorted bass and vocal aggression.
Looking outside of American hip hop, the impact is still there. British artists Dizzee Rascal and Novelist both pioneered a faster, colder form of grime called Ruff Sound that takes inspiration from the Memphis underground. The drums are skippier, and ice-cold synths replace the eerie pianos, but the sinister feeling of gangs in impoverished inner-city estates remains - it’s a distinctly English take on the Memphis sound. Early Memphis adlibs and hooks still get sampled frequently in modern music, occasionally beyond hip hop - alternative pop artist Blood Orange has used samples from Memphis legends, Project Pat and Tommy Wright III, on his last two projects.
The Memphis scene has taught us that what’s considered underground is dependent on time and location. It may not have been the biggest genre when it was around, but years later the impact is felt globally. Unfortunately, since this influence is often indirect, the scene doesn’t get the acknowledgement it deserves. But one thing is for certain, the cascading number of subgenres spawned by hip hop retain some part of the original Memphis scene’s DNA, even if they don’t always know it.


Posted by iclhiphopsoc at 16:36 No comments:

Review: All My Heroes Are Cornballs, JPEGMAFIA 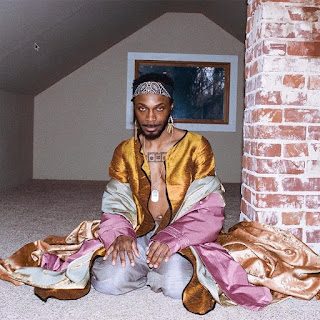 Speaking about the title of this new effort, All My Heroes Are Cornballs, JPEGMAFIA reflects on the common internet age realisation that people we think of as our role models are humans capable of human-level disappointment. Significantly, he stresses the fact that this goes both ways - he feels he is bound to be letting down someone somewhere at any given point in time. This album is somewhat of a response to that idea, through a now well-established PEGGY lens of aggression mixed with nihilism. PEGGY is all too aware that the punch-in-the-face, noisey, challenging style that won him so much critical acclaim after last year’s Veteran is what fans have come to expect. He satirically acknowledges the irony of listenability therefore being a sign of his music coming short in a series of promotional videos where he plays tracks from his album to contemporaries he respects (including James Blake, Slowthai and Jeff Tweedy). Despite their praise of his work, he labels the videos as proof of their disappointment, the only exception being Denzel Curry who is said to be “satisfied” in the video title despite trashing the album and calling it “Yeezus with hobos”.
Tracks ‘Free the Frail’ and ‘Rap Grow Old & Die x No Child Left Behind’ have the clearest fame-reflective themes on the albums. The former is an uncharacteristically clean and vulnerable moment where PEGGY attempts to talk through his strange and turbulent emotional response to actually “feeling employed”. The instrumental includes a low, lazy, tide of a bass and pecking synth-drum claps which alternate with a more organic drum refrain. The latter sees PEGGY rap over a drilling static that contrasts soft keys that come in for a chorus where he sings about a “vicious cycle” where you go from “Bobby” (presumably Shmurda - a felon yet a cult legend) to “Michael” (presumably Jackson - an icon with a soiled name).
The album’s lyrical content goes beyond just a response to fame though. PEGGY uses his new vantage point to further confront and interrogate archetypes in the weird modern cesspool of shallow thots and rappers, music industry soul-suckers, brazen bigots and internet-dwelling-pseudo-liberal closet-racists and quasi-incels. Through this all, PEGGY grapples with his own identity - his proximity with all these groups seems to make him paranoid of losing the ability to self-define. In particular, his experiences with the aforementioned bigots and internet-dwellers - two sides to the “cracker” coin - seem to have made him hyper-insecure of his large white fan-base who genuinely admire his work and whose support he is ultimately grateful for. His obsession with shooting “crackers” down therefore seems to be an overcompensation.
‘Grimy Wifu’, a beautifully composed track that transitions immaculately from the previous, sees PEGGY’s creepy infatuation with confrontation manifest as romantic feelings for his gun. A mellow acoustic guitar leads the track but a viscously vibrating bass that lies dormant just beneath and repeated glitching embellishments give the impression of being in the core of a tornado. ‘PTSD’ which follows on from this continues this confrontational theme but this time with the attention focused on the person PEGGY’s bullets are aimed at. The instrumental is beautiful once again but is more depressive, precariously held just above threatening. It also features one of the hardest verses on the album, with the following brilliant bars: “Your deal look like Brexit/ biting crackers and wonder why you anorexic”.
‘Beta Male Strategies’ earlier in the tracklist is one of the most sonically impressive moments of the album, starting with a gorgeous, hypnotic sample that sounds like an other-worldly paradise. PEGGY ingeniously plays with the mixing so that, when the deathly beat switch suddenly comes in and he begins to rap over it, certain bars spring right against your ear drums - “DON’T LEAVE THE HOUSE”, “GLOCK WITH THE DICK”. The title track, with its deceptively harmonious glitching synth winks that sound stellar over a bass that teasingly comes and goes, and the opening track, ‘Jesus Forgive Me, I Am A Thot’, with its dreamy, watery synths neatly spliced with chaotic screaming vocal scrambles, are similarly stunning.
Being a highly experimental album that thematically behaves more like an abstract mosaic than a portrait, I’m not surprised that there are moments that completely loose me (like ‘PRONE!’ or ‘DOTS FREESTYLE REMIX’). Overall though, the ratio of impressive and bemusing is just right.
4/5 stars
For fans of: Injury Reserve, Slauson Malone
Top tracks: Beta Male Strategies, PTSD, Grimy Waifu, Free The Frail

Posted by iclhiphopsoc at 04:04 No comments:

iclhiphopsoc
Hi, everyone this is our official blog! Watch this place for articles, album reviews, hip-hop related news and so much more. Follow iclhiphopsoc on Facebook, Instagram and Spotify to stay in the loop yo!